The waiting (for the package from Hong Kong) is the hardest part but it has given me the chance to get some little stuff done and replace the capacitors in a friends Arp Omni (more later).  One of the things that has bothered me about the Juno 60 is the connections to the panel in the power supply that have to be cut or de-soldered to remove the panel -yesterday I added an EIC socket that unscrews from the inside so it can be removed from the panel and today I added spade connectors to the wire that runs to and from the power switch so it can be pulled out of the top. 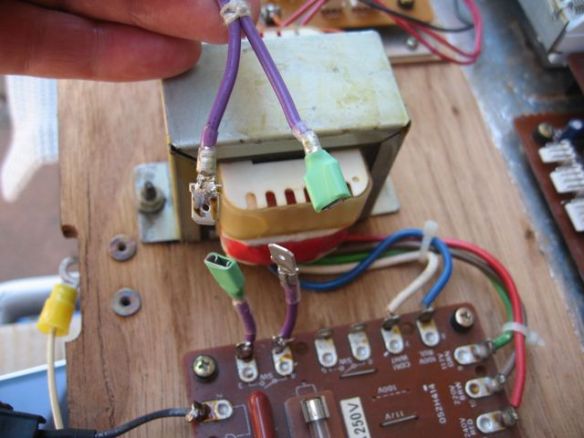 Pretty colors!  The Arp Omni has spade connectors to the power supply from the switch so it should be okay right? I added a few layers of heat shrink to the connectors to protect against problems.  Note the little string knot holding the two purple wires together -it was someones job to tie little knots all day long -can anyone say RSI? 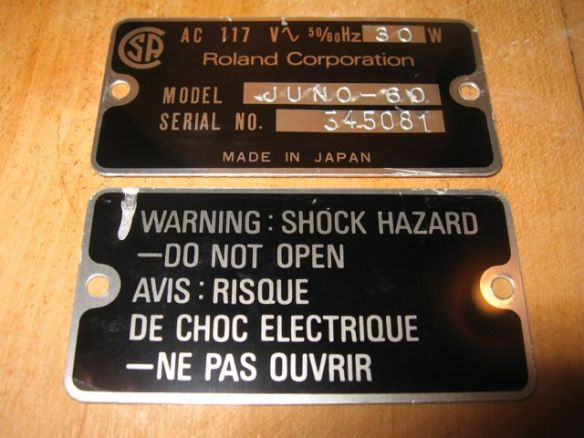 These are the manufacturers build plates.  They come with a protective layer of plastic that is even today generally intact on Roland products from this era.  These were pretty ragged to I removed the plastic.  It left a sticky residue that Mothers Mag polish removed nicely.  I use Mothers Mag polish on lots of stuff. 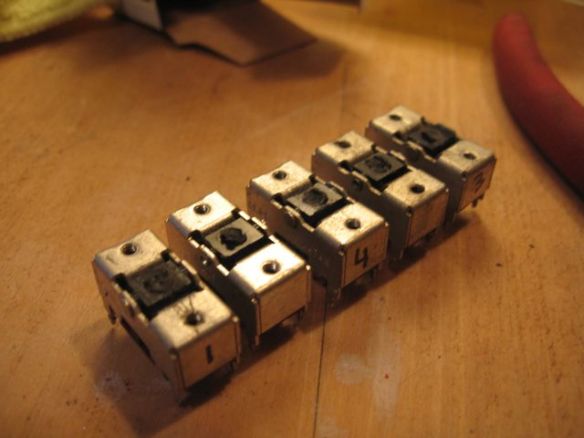 Here are the broken Alps toggle switches.  I see these occasionally on eBay but the part numbers are usually different and they don’t have the removable aluminum handles -so no hope there.  Weird that Alps switches from the early 80’s are so hard to find -they must have made millions of them. 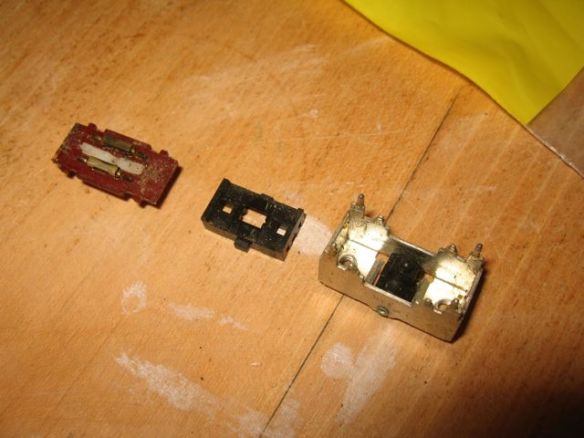 Of course when faced with a strange switch that’s no good to anyone you have to take it apart.  Nice clever bit of mechanics.  I took one of the new switches apart too and I have to say the mechanism in the new switch is similar to, but much less robust than the original switch. 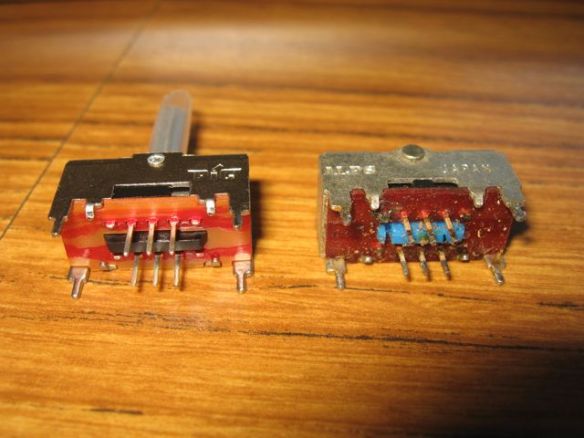 To further put it to the test I assembled an original Alps switch with the toggle from the new switch -it worked, but the stop mechanism for two position versus 3 position is different between the two and a two position original switch with the new toggle handle will go to all three positions… I guess it could be used to repair broken 3 position switches -I’ll give it a try.

Well that’s the little work I was able to do without the expected parts.  I still need to add connectors to the brown and gray wires coming from the transformer board to the right panel board to finish the ‘convenience’ retrofits.

I’m now thinking about the HPF slider.  The Juno 6 has a continuously adjustable slider while the 60 and 106’s have a slider with discrete settings -would be nice to be able to mod the 60 to have continuous control.  Also heard of something called Minerva... : )

Coming up next… close to the end.  All Juno boards have new capacitors, my convenience mods are nearly done all that’s left is to receive some parts, refinish the top panel and finalize reassembling the Synth.

5 thoughts on “Roland Juno 60 resto part 9: a little this and that”